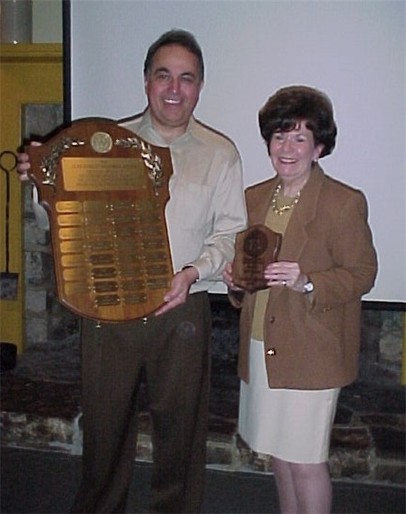 As well as the Society's involvement with Sharon Temple, (although it now operates under the Sharon Temple Museum Society, it was the York Pioneers who rescued it!), Scadding Cabin (Toronto's oldest house celebrating 211 years this year, and still operating during scheduled times), the Society maintains Eversley Church, (a fieldstone country church, built in 1848, endowed by Lady Eaton and signed over to the York Pioneer and Historical Society for custodianship in 1967). We hold annual dinners with speakers who keep us informed about our past. Bus trips are scheduled once a year, and our trips take us within our historical mandates anywhere from Aurora to Uxbridge! Perhaps we even had a table near you when we participated in the Heritage Showcase displays. Scadding Cabin now participates in Doors Open every spring. The new book authored by Cruickshank and DeVisser, "Old Toronto Houses" features Scadding Cabin, Exhibition Place on page 18 and sums up the caption, "As one of the few tangible links to eighteenth century York, the Scadding Cabin is an invaluable piece of history."

Where is "York County"? According to an 1860's York County map, the area is covered by Lake Ontario to the south, Lake Simcoe to the north, Peel County (later to include Etobicoke, Vaughan, King) to the west and Durham (later to include Scarborough, Markham, Whitchurch) to the east with Gwillimbury reaching yet a further eastern area, and Georgina reaching a further northern area. As you can see, Etobicoke is within the confines of these borders. As we all know, Etobicoke always remained in the Home District in the late 1700s; we also know that as Canada marked her Centennial in 1967, Etobicoke became a borough while areas such as Long Branch, New Toronto and Mimico became fond memories. Just over 20 years ago, Etobicoke became a city, and in 1998 our municipal council gave way to the process of the City of Toronto amalgamation. But that does not mean The York Pioneers cannot publish articles about the former Etobicoke or any other historically relevant areas!_

A recent article in the journal entitled, "Glen Agar and the Bigham/Agar Families" was written by Randall Reid. The Montgomery's Inn gift shop is one of the many places this publication is available. Another example of early Etobicoke life is reflected in an article in our journal: "The Grubb Pioneers of Brae Burn". by Beulah Swayze, 1969, pages 45-55, well illustrated with photographs of Anna Mary (Lang), John, Talbot Page and William Charles Grubb who lived in the 1700's and 1800's. One place this publication can be found is in Richview Library's Local History Room.

Housed in the reference department at the North York Library are over one hundred books/publications which were transferred there by our archivist/librarian for safekeeping in our Society's collection. Even Mr. Robert Given's book Etobicoke remembered is listed. We also have much material filed in the Baldwin Room of the Toronto Public Reference Library and the former Richview Library's Local History Room, as well as both the Metro and Provincial Archives downtown.

Here are a couple of examples of how the York Pioneers contribute to the historical world: our editor of the publication for the past several years received (along with other board members) the Ontario government volunteer service award from the Ministry of Citizenship and Culture (20 Year pin); she is the costumier at Scadding Cabin, sewing, cleaning and repairing all the costumes and has been the registrar of all the cabin's artifacts; she has appeared on the Rogers TV programme "Structures" (along with others), in relating the history of Scadding Cabin and is the author of a booklet about the cabin and a co-author of a short cookbook featuring "Mrs. Scadding's receipts" (recipes). In fact, this busy woman, Jeanine Avigdor, gave a talk on the Scadding Cabin at the Alderwood Centre this past mid-September; she also presents slide lectures on Sharon Temple. She is an Honorary and Past President of our Society and in her "spare time" volunteers once a week at the Ontario Genealogical Society, Toronto Branch where she transcribes, records and maintains data for every cemetery and burial site in Ontario. On yet another weekday she commutes to Montgomery's Inn where she is currently helping Randall Reid catalogue
the extensive library collection.

Our current President, Diane Reid is a costumed historical interpreter at The Grange, and with her colleague Sarah Walker owns roughly one hundred period costumes from the 1800's and 1900's. These women have been featured on Citytv as they produce fashion shows at the CNE and elsewhere; they also give slide shows on the clothing styles worn by men, women and children in Victorian times. Board members Patricia Robertson and Edna Rigby present tours of The Grange, as well as volunteering extensively at Scadding Cabin during the Exhibition.

This award relates to our society as a whole, and not to any one individual, as these members are but a few of many in our group who show their talents in many ways.

In further keeping with the "Etobicoke theme", our publication's lead story last spring was the one I wrote about the Berry House on Kingsway Crescent (an adaptation of this article appeared on the cover of the July issue of the "Aldernews"). The story immediately following the Berry House article in the York Pioneer magazine was an interesting one about Thomas Montgomery and his family at the Inn, again showing the writing talents of Randall Reid.