Gypsies Noted as ‘Honourable Guests’ along the Humber River 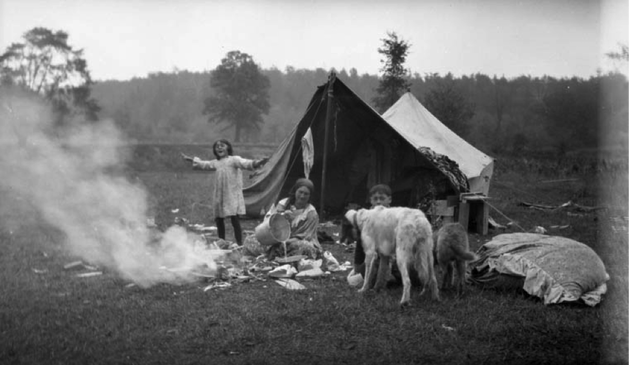 Many stories of the early 20th century tell of gypsies camping beside rivers in Etobicoke, and this photo shows one such family camped by the Humber River near Lambton Mills in 1918. The term ‘gypsy‘ is disused today, but once described members of several nomadic groups who originated in India about 1000 years ago, and gradually moved westward. Most local citizens were fascinated by their colourful appearance, brightly-painted caravans, and unique lifestyle. While camped, gypsies earned money by telling fortunes, playing music, and dancing. Etobicoke residents appear to have accepted their transitory presence every spring, and one written report from Thistletown described them as “honourable guests.”  (Courtesy: Library & Archives Canada)