Fisher Family’s Humber River Mill Was Successful for Many Years 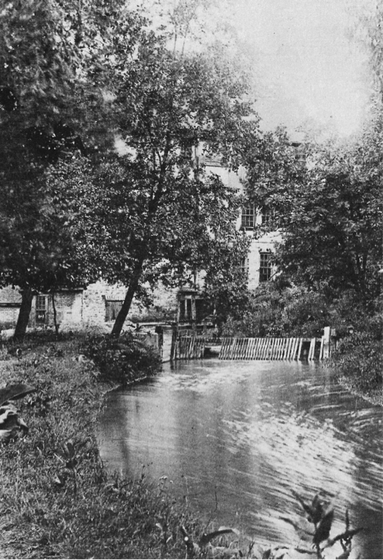 Thomas Fisher's mill and raceway at Lambton Mills in 1868. Courtesy: TORONTO PUBLIC LIBRARY
Mills were an essential element of life in early Upper Canada, and the Humber River was blessed with many good mill sites, including two in Etobicoke operated by Thomas Fisher.

Born in Yorkshire in 1792 to a well-off family, Thomas came to Canada ca. 1820 with money to invest. His wife, Sarah, joined him in 1821 with their children. In 1822 Thomas leased the government-owned King’s Mill on the west side of the Humber River at today’s Old Mill Road. Under his management, this saw mill became profitable for the first time since it was built in 1793. In 1834 the government sold the King’s Mill to William Gamble, another local miller. As compensation, Thomas received a 20 hectare lot on the west bank of the Humber, south of Government Road, in Lambton Mills.

After a fire in 1849, the mill was rebuilt for £3,000 as a five storey building. The first two storeys were stone and the upper three were frame. Fisher gave a share of the business to his eldest son Edwin Colley Fisher, and it was profitable every year until 1857.
Low grain prices resulted in liens being put on the property that were called in and the mill was sold to Edwin’s father-in-law. Thomas managed the mill for one more year, then turned it over to Edwin. Thereafter Thomas and Sarah lived part of the year at Millwood and part with their daughter Elizabeth Whitney in Toronto. Sarah died at Elizabeth’s home in 1873, as did Thomas in 1874.

Edwin encountered a string of difficulties, including insect infestations that ruined farmers’ grain and low water levels in the Humber. By 1871, Edwin had stopped operating the mill and was farming. After Edwin died in 1879, the property was sold and turned into a woolen factory. It had several owners before burning down in 1901.

Today, traces of Fisher’s mill and raceway can still be found in the undergrowth at the base of the valley wall, west of Home Smith Park Road, about .5 Km south of Dundas. In 1963, Millwood house was bought by Sidney Thompson Fisher, Thomas’ great grandson. Too decayed to restore, he planned to build an exact replica on the same site to use as a museum about the Humber. After encountering insurmountable barriers, the Fisher family instead built the Thomas Fisher Rare Book Library at the University of Toronto to honour their ancestor.