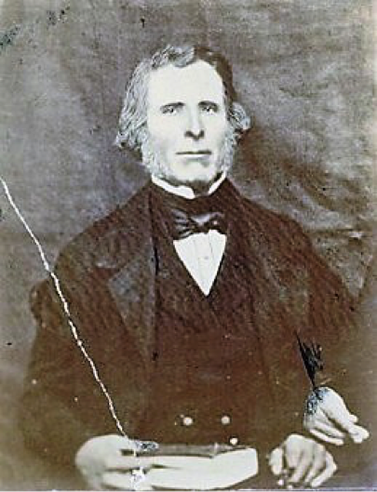 John Graves Simcoe Giles Giles Family Tree, Ancestry/PHOTO
John Graves Simcoe Giles – now, that’s quite a name! When he was born in York (Toronto) in 1794, his parents, Samuel Giles and Mary Bowler, named him after the first Lieutenant Governor of Upper Canada. When their second son was born in 1797, he was named Aeneas after Aeneas Shaw, a member of the Executive Council of Upper Canada. Clearly Samuel knew and respected both of these gentlemen, but how were they connected?

Samuel Giles was born in England in 1755. He joined the 29th Regiment of Foot in 1787 and in 1792 transferred to the Queen’s Rangers regiment, revived by the new Lieutenant Governor. Samuel sailed to Canada with his wife Mary and was posted to Newark (Niagara-on-the-Lake) where he first met Simcoe.

Samuel then transferred to the York Garrison (Fort York) where he was promoted to corporal and then sergeant. Here he would have worked with Simcoe until 1796 when Simcoe returned to England. Aeneas Shaw was helping Simcoe prepare the site of York to be the new capital of Upper Canada. Again, as sergeant, Samuel would have supported requests from Shaw to staff work parties in York. Samuel was discharged from the Queen’s Rangers in 1802 when the regiment was disbanded.

In 1803, Samuel petitioned for a two hundred acre (80 ha) land grant based on his military service as sergeant. His application was accompanied by a letter from Aeneas Shaw attesting to Samuel’s good character. He was approved to receive Lots 9 and 10, Concession II which ran from Royal York Rd. to Islington Av., with Lot 9 south Queen St. (The Queensway) and Lot 10 north of Queen St. He built a frame house on Lot 9 and called his new farm “Lakeview”.

In November 1808, Samuel and a neighbour, John Peeler, travelled to York by boat to visit Samuel’s newborn first grandchild. On their return trip, the boat capsized in rough water and they both drowned. Samuel’s eldest son, John Graves Simcoe, inherited the farm at the age of 14. John sold Lot 10 to a former Queen’s Ranger in 1818.

During the War of 1812, John was a private in the 3rd Regiment of York Militia, based at the York Garrison as was his father before him. His brother Aeneas was still too young to serve. Major General Aeneas Shaw was now the Adjutant General Commanding of Militia operations for Upper Canada. John Giles and Aeneas Shaw both participated in the Battle of York on April 27, 1813.

In 1820, John married Sarah Patrick and they had nine children. John was a founder of Christ Church Mimico, the first church congregation in Etobicoke.

​John died in 1868 after a “short but very painful illness” and Sarah died in 1893. Both are buried in Christ Church Anglican Cemetery in Mimico. The farm passed to John and Sarah’s eldest son, Charles, and remained in the family until 1912.