Some of you are old enough to remember the farm that raised Shetland ponies on the north side of Richview Side Road (now Eglinton Avenue West), just west of Kipling Avenue. On weekends it was common to see cars stopped along the roadside where families could watch the ponies and even take a ride for a small fee. I have often had people ask if EHS has a photo of the pony farm, but I had to tell them, regretfully, that none were known to exist.

Today, the land where this farm was once located is being developed and a new street name is needed. Councillor John Campbell’s office asked for suggestions, and I immediately thought of Pony Farm Drive for the memories it will conjure for many residents. Happily, that name has been accepted by Community Council.

In the middle of all of this, a small but serendipitous event occurred! I received a phone call from Islamay Peacock Vineham, an 88 year old descendant of the Peacock family who had originally owned the land where the pony farm was later located. She wondered if I could come and visit her to look at some old photos and documents about her family to see if I wanted to make copies of anything. Of course, I made an appointment to visit her right away!

​The pony farm was started by Elgin Cullen ca. 1935, and his son Fred joined the business as he grew up. According to a 1955 ad in the Globe and Mail, they raised Shetland ponies, mares, geldings, colts and registered stallions, and sold saddles, harnesses and carts. There was a large barn west of the house, and a long paddock for the Shetland ponies that paralleled the road in front of the barn.
However, the Cullens did not own the land where the pony farm was located, but rather rented it from the Peacock family. Ilamay’s parents, Frank and Emily Peacock, lived on what would become the pony farm after their marriage in 1921. Islamay was born in the house on this property, built by her grandfather, Matthew Peacock. Islamay gave me the following photo of the house and barn in the 1920s. 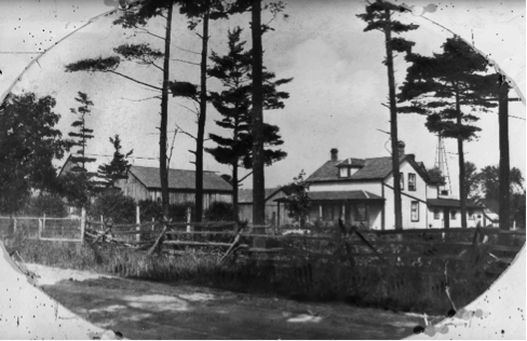 ​And yes, Islamay had two photos of the pony farm – a bit fuzzy, but visible nonetheless. 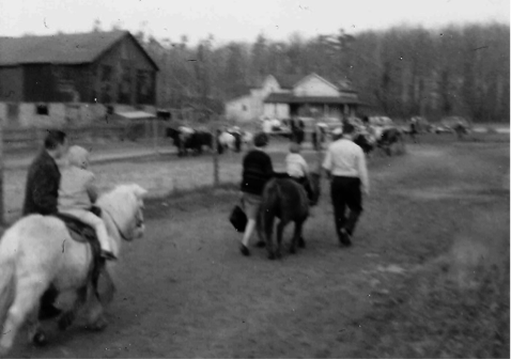 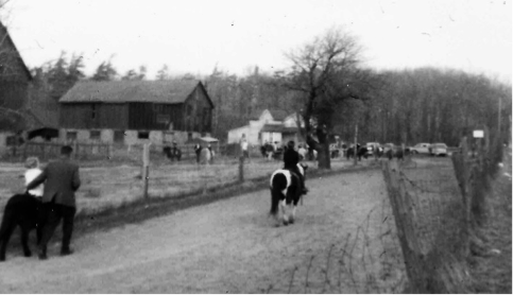 The above two images of Cullens’ Pony Farm are looking east. The woodlot that still exists on the northwest corner of Kipling and Eglinton can be seen in the distance. ​ 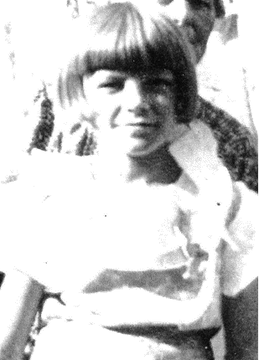 Islamay Peacock Vineham, seen here at age 10 in 1938. Thank you for the photos!
The pony farm operated until 1966 when the farm was rezoned for apartment buildings. At that time, they were planning to make Richview Side Road the route of Highway 403, and it was decided that single family homes along Eglinton would not be suitable. A group of 30 children attended a hearing to oppose the loss of their ponies. They came armed with 25 reasons why the farm should be saved– one reason for each of the 25 ponies saddled up every weekend for children to ride. Despite the attention that this protest garnered, the pony farm was demolished and Widdicombe Hill Blvd. was opened with apartment buildings and Highway 403 followed a different route. Soon the new Pony Farm Drive will be lined with townhouses where Shetland ponies used to be. ​