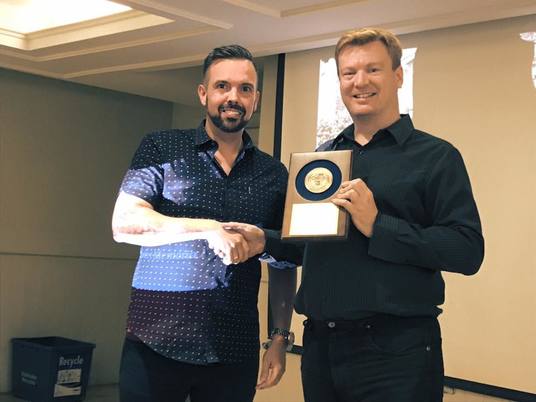 Nick Doran graduated from St. Helen’s Catholic Elementary School, went on to Western Technical School, and then graduated with honours from the Police Sciences program at Humber College. From here, he served as a police officer with the Toronto Police Service for 34 years, rising to the rank of sergeant. Nick spent his entire life in Toronto - and serving and protective it was something he loved dearly, and had immense pride in.

He first joined the EHS Board of Directors in May 1997 as editor of the society's newsletter, The Aldernews. In November 1997 he stepped up to fill the role of President, which he held for five years. Nick created and launched EHS’s first website in September 1999, and took over as webmaster in 2003, a position he held for 10 years. He served as secretary for 10 years, interim treasurer for two years, and speaker coordinator from 2005 to 2016.

In addition to all of this, Nick also volunteered to set up EHS displays and greet people at countless public events. He loved being connected to the community and welcomed any opportunity to talk about Etobicoke history.  Nick also found time to serve on the Montgomery’s Inn Community Advisory Panel and was on the board of Montgomery’s Innovators.

Nick left behind his wonderful wife, Shirley, his children, and his many grandchildren. He also left many friends at EHS with a heavy heart. Through his dedication to the Etobicoke Historical Society, he also left an immense impression and legacy that will forever be remembered.  The Board of Directors of the Etobicoke Historical Society are please to have presented Mark Doran the 2017 Jean Hibbert Memorial Award in honour of his father, former EHS President…Nick Doran.
More Recipients