If some of the rooms in a mansion on Lake Shore Blvd. W. could talk, we would probably be amazed by some of the tales they could tell.
The Consulate of the Republic of Poland for 44-years has occupied what is described as the ‘largest home built on the Mimico waterfront’ that sits behind a tall ornate iron fence that stops at Number 2603.

​It has been the scene of many events in Polish history including the Solidarity movement and many elections in Warsaw. 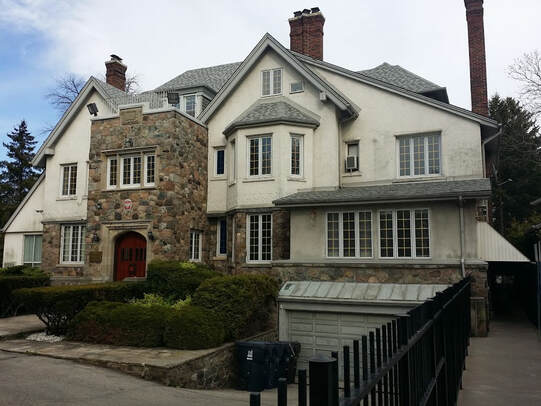 McGuinness House
The home was built in 1927 by Lawrence J. McGuinness, the well-known booze baron and distiller, who started a wholesale liquor business in Toronto in 1905.

McGuinness, according to local historian Michael Harrison, made his money as a ’bootlegger and rum runner’ who exported liquor into the U.S. during Prohibition from a home next door, at 2619 Lake Shore Blvd. W.

“McGuinness was well-known in Toronto and was a personal friend of Ontario Premier Mitch Hepburn,” wrote Harrison. “In 1938, he built a distillery and bottling plant in Mimico.”

He wrote that at the height of Prohibition, McGuinness and his partner Harry Hatch, controlled all traffic in liquor along the west-end of Lake Ontario. They became wealthy and McGuinness used some his profits to purchase property and build the huge mansion, now Consulate, at 2603 Lake Shore Blvd. W.

McGuinness passed away in 1951, and the liquor company was taken over by his son Larry Jr., who ran the business until it was sold to Standard Brands in the 1970s, then Corby’s in 1987 before being shut.

Larry Jr., made a name for himself by competing on the Canadian Olympic equestrian team in the 1952 and 1956 Games. In 1973 he sold the distillery operation later sold the mansion to the Polish Government in 1976. A year later he declared bankruptcy after a series of bad investments and moved to Florida to live with his family.