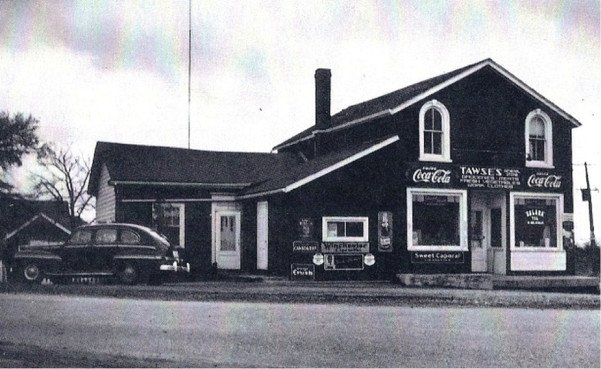 Historically, the mainstay of most rural villages was its general store, and the store pictured above in the village of Claireville in 1955 was no exception. Built by John Donaldson in the 1830s, it was of frame construction and painted white until covered with insulbrick in the 1940s. Donaldson sold his store to Robert Bowman who became the village’s first postmaster on October 6, 1842. The post office was called “Humber” as the village was not named Claireville until 1851. After over 145 years of operation, this general store was expropriated and demolished in the 1980s to accommodate multiple road changes in the area.  (Courtesy: Montgomery’s Inn)