St. Philip’s Church Organ the Only Thing to Survive 1888 Fire 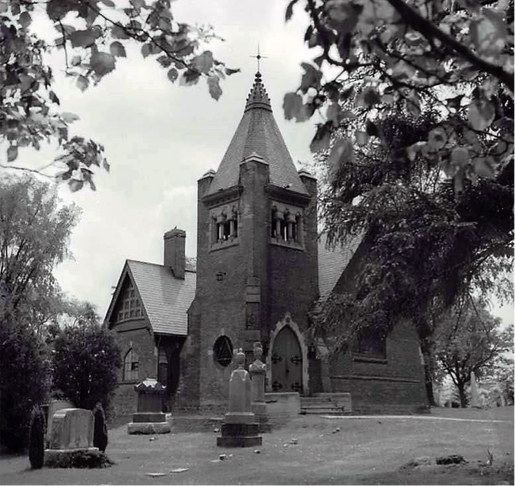 The town of Weston had only 15 families when baptismal services were held for the children of the Musson, Farr and Knaggs families in 1824. The town of Weston began on the west side of the Humber River where St. Philip’s Church was built in 1831 on land donated by distillers and brothers, Edward and Thomas Musson. This church had a barn frame and was clad in wood siding, painted white. Parishioners entered through a front bell tower.

The first rector was the Rev. Dr. Thomas Phillips who had been vice-principal of Upper Canada College. He served until his death in 1849, and during his 16 year tenure, performed over 3,000 baptisms, marriages and burials. St. Phillip’s Road is named for him, which accounts for the difference in spelling between the street and the church.

Rev. William Arthur Johnson arrived in 1856. He built a house on what is still called Rectory Lane, with an adjacent chapel named St. John’s Chapel of Ease, used for small gatherings. He remained at St. Philip’s for 24 years.

In 1888, a fire started in a house across the street and embers lit the bell tower, rapidly destroying the entire church. Fire fighters save the church’s new organ, and although it required major repairs, the organ was used for 50 years.

Church services were held temporarily in St. John’s Chapel of Ease. In 1893, the chapel was moved onto Weston Road. The congregation split, and one half started building a new church on the site of the original St. Philip’s. The other half stayed at St. John’s Chapel, which eventually became St. John’s Anglican Church. By the time the new St. Philip’s opened in 1894, it was obvious that the congregations of both churches could not financially support two ministers and two church buildings. Unexpectedly, the bishop announced that St. Philip’s would be closed. However, it reopened in 1900 when the congregations had grown enough to support both churches. A major addition was made to St. Philip’s in 1955.

The cemetery at St. Philip’s also has stories to tell. The earliest burial is “Isabella… in 1828, aged 53.” There is a memorial to Dr. William Thistle after whom Thistletown is named. The many markers found between 1835 and 1842 are heartbreaking evidence of the diphtheria and smallpox epidemics that caused so much death during those years. In 1841, 26 parishioners died, 15 of them children, and another nine died in early 1842.

In 1993, the central corridor of the cemetery was transformed with pathways that meander through this historic site, inviting all visitors. Recently the church underwent major renovations, reopening December 2016 with fully accessible facilities, a new main entry, a new kitchen and more.