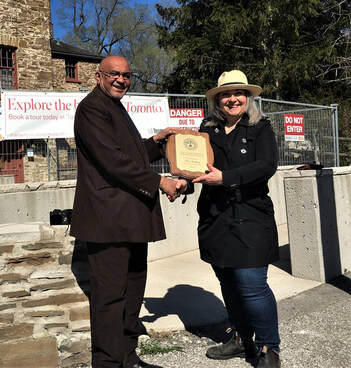 After completing a diploma in Journalism at Humber College In 1986, Tom was hired by the Toronto Sun where he had a 27-year career covering stories in more than 40 countries. Among the significant events he covered were from locations such as Bombay, India in 1985 after the bombing of Air India flight 182 and Los Angeles in 1990 for riots after the beating of Rodney King.

During his career at the Sun, Tom wrote more than 12,000 articles for which he received many rewards which include:
As well, Tom covered the Immigration, Border and National Security beats for the Toronto Sun. He was responsible in helping more than 100 well-deserving people remain in Canada lawfully once bad immigration decisions about their cases were covered by the paper.

It was during his time at The Sun that Tom worked alongside journalist, historian and author, Mike Filey who wrote a regular history column for The Sun titled The Way We Were. Mr. Filey influenced Tom’s interest in reporting on community history and heritage issues. Mike Filey was EHS’s 2009 Jean Hibbert Award winner.

Tom retired from The Sun in 2014. Seeing the need for good local reporting in his home community, he started up the South Etobicoke News serving the communities of Humber Bay, Mimico, Lakeshore Village, Long Branch and Alderwood. Available in both print and digital formats and a readership of about 50,000 loyal readers, SEN covers grass-roots neighbourhood issues and promotes local businesses and community groups.

Tom’s new journalism venture also gave him an opportunity to further develop his interest in historical reporting. Every issue of SEN contains two or more articles celebrating a building, place, event or person important to the heritage of South Etobicoke. Tom’s writing and research is exemplary, providing readers with entertaining and informative histories about the communities where they live. The newspaper’s articles are openly available online, creating an accessible and important body of heritage knowledge.