The story of the Rowntree family in northern Etobicoke began in 1832 when John Rowntree purchased 32 acres between the Humber River and Kipling Avenue. By 1848, Joseph had also bought two large lots on the east bank of the river in York Township. He built a sawmill on the east bank and a grist mill on the west bank.  Joseph and his family originally lived in a log cabin, but by 1851 they had built a large storey-and-a-half red and buff brick home half way up the river valley wall, just north of their grist mill.
​
Rowntree called his home and mill complex “Greenholme Mills”.  In the mid-1850s, he built a rough road along the route of today’s Rowntree Road from Kipling Avenue, down a steep path into the river valley, across the Humber River on a bridge just south of his mills, and up the other side to Islington Avenue.  The mills operated into the early 20th century and the house stood until the late 1950s. 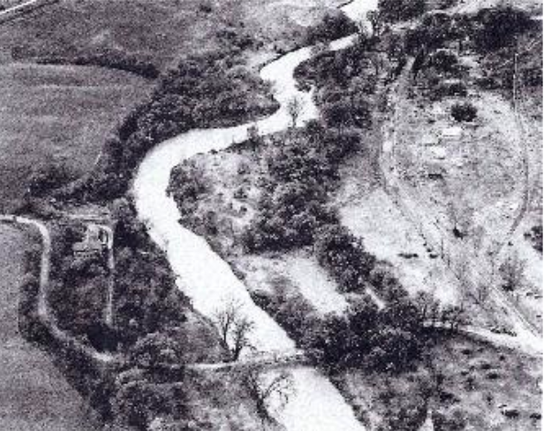 Aerial view of Rowntree Road and bridge over the Humber River in the 1950s, looking north. Rowntree house is on left side of picture, part way up the valley side. The mills were located just north of the bridge over the Humber River. (Credit: The Rowntree Book)
In 1847, William Kaiting erected a grist mill and a saw mill on the Humber River, south of Rowntree’s Mills, close to Islington Avenue.  Kaiting went bankrupt and in 1848 the mills were sold at auction. In 1851, the Honourable Henry John Boulton Sr., son of the Honourable D’Arcy Boulton Sr., bought these mills, which he called Humberford Mills.  In 1855 he built a large brick home called Humberford House just west of the mills.  Darcy Sr. and Henry Sr. were both wealthy Toronto lawyers, judges and politicians.  In 1857, Henry Sr. sold the property to his son, Henry John Boulton Jr., who hired tenants to manage the property.  Boulton introduced several farming innovations, such as a tile system of land drainage that is still used today.
​
By 1882, John Rowntree had bought the 1.5 acre piece of land that included the Humberford Mills and House, which he sold to his son, George Rowntree for $1.00.   That same year, George bought 80 acres to add to the property. George and his wife Angeline owned the property until George’s death in 1920. 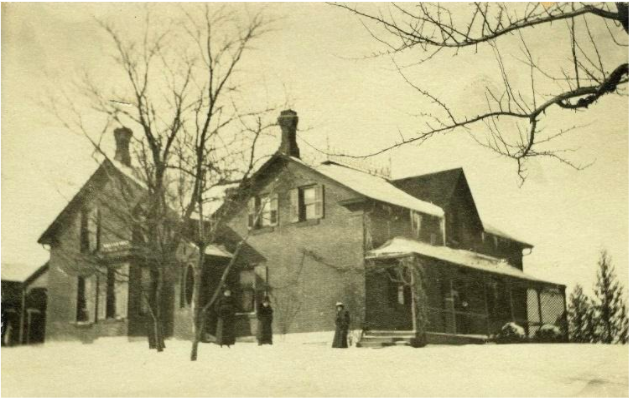 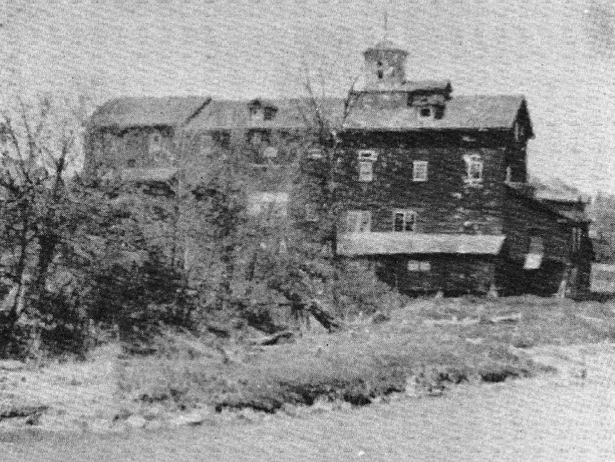 Humberford Mills on Humber River near Finch and Islington, built 1847. (Credit: The Rowntree Book)
By the 1950s, there was a summer resort called Riverbank Park on the east side of the Humber River, with cottages lining the river bank.  In 1954, Hurricane Hazel swept away 12 of the cottages and changed the river’s contours considerably.  By 1959, the area had been made into Rowntree Mills Park, with an entrance off Islington Avenue. By 1960, the car bridge over the Humber River had been replaced by a pedestrian bridge.

Written and Researched by Denise Harris