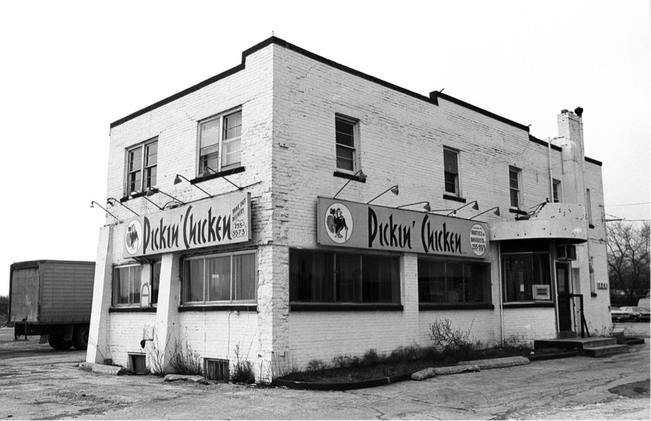 One building type that has cornered the market on nostalgia is the restaurant – usually the family-style, neighbourhood type that we visited with our families as kids. The Pickin’ Chicken BBQ was just such a restaurant. It stood on the site of today’s Marina del Rey condominiums at 2261 Lake Shore Blvd. W. in Mimico. Opened in 1953 by Saul and Jerry Goldberg, it soon had two other locations on Queen St. W. at Roncesvalles, and on Kingston Rd. Soon seven take-out franchise operations were also opened. You could have  barbecued chicken as eat in, take out, or delivered to your home in one of their well-known Volkswagen beetles. The business went bankrupt in 1970, but the Mimico location reopened as Pickin’ Chicken (without the word “BBQ”) and continued until the early 1980s when it was sold to make way for waterfront redevelopment. Pickin’ Chicken  is still fondly remembered by its many fans. Courtesy: PATRICK CUMMINGS