From the first moment John Kay set eyes on Mimico, he was struck by its beauty and resolved to build a cottage on its waterfront.
Born in Edenborough, Scotland in 1844, he had moved to Canada after marrying his wife, Mary. They first lived in Montreal and then moved to Toronto where John worked as an insurance agent 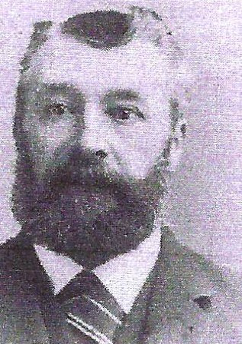 John Kay Sr. (1844 to 1908)
But John’s heart was in Mimico and as soon as he could, John bought five acres of land on the shore of Lake Ontario. He soon built a cottage on it and it became their custom to live in Toronto during the week days and then travel by horse and buggy to their cottage on weekends. Their horse and buggy were one of the most important status symbols the family possessed and they always drove it to church on Sundays, even in the summer. They soon had six children to fit in the carriage: John Jr., Mary Jr., James, Agness, George, and William.

Soon the Kays decided that they preferred life in Mimico and made the cottage their permanent home. No one can be positive who the first commuter in Mimico was, but it is believed to have been John Kay because he earned the title of “Mimico’s First Commuter.”

John still needed the horse and carriage on weekdays to get around Toronto for his insurance business. He drove the horse and carriage from Mimico every Monday morning and left the horse in a Toronto livery stable every night. He then travelled back home in the evening by train. After working on Friday he then drove the horse and buggy home for use on weekends.
​
The Kay home was originally on the north side of the Lakeshore Highway. However, spring storms in the 1880s washed away some of the roadway.  As a result, conditions around the house were becoming cold and dangerous. They did not want to leave this location, so they decided to do what was called a “drastic feat of engineering” on the cottage. They raised the first level to become a new second storey, and then built a new first storey underneath it. When they were done, the house was a large stucco home with ten rooms. 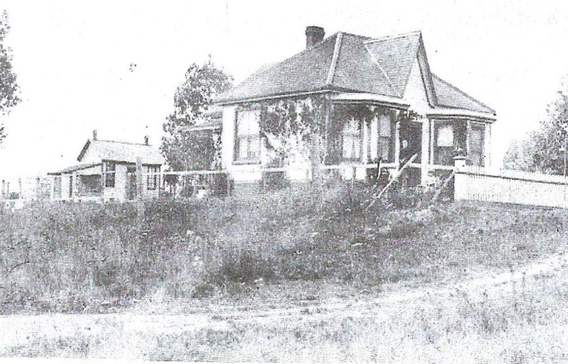 John Kay’s house in Mimico.
Just west of the mouth of Mimico Creek was Lamb’s Wharf Harbour, with the Kay home to the west. The Kays owned one of the larger waterfront estates in Mimico. West of them were the waterfront homes of George Gray and Charles Hewitt. Many people would stop by in summer to use the waterfront beaches of these homes for picnics, swimming and sun bathing. Although private land, no one seemed to object.

The Kay family played important roles in Mimico life, especially in the world of education. John was a long-time member of the public school board and then an original member of the new high school board. John Jr, served as school trustee from 1909 to 1935. His own house still stands at 32 Victor Avenue in Mimico and is a listed heritage property. William lived on Trueman Avenue near Kipling and the Queensway and was also a school trustee. In the family’s third generation, John Bruce Kay was treasurer for public and high school boards and was also a member of the Board of Education from 1945-46.

(The author thanks Harvey Currell for the information he provided about John Kay in his book, The Mimico Story.)