Few people are aware of the history behind “Greystones”, the charming Tudor-style house at 55 St. Phillip’s Road in the Westmount area of Etobicoke.

The land where the house sits was originally purchased in the early 1800s by members of the Wadsworth family who established saw and grist mills along the Etobicoke side of the Humber River. In 1920, the Wadsworth estate sold the land to the Weston Golf and Country Club which, in turn, sold some small parcels of land to Margaret Hutchinson Crumpton between 1923 and 1929.

Margaret’s husband, Arthur Crumpton, worked as a civil engineer for the Grand Trunk Railway (GTR) in Montreal until 1923. That year the federal government placed the GTR under the management of the Canadian National Railway (CNR.)  The Crumptons moved to Westmount where Arthur now worked for the CNR, first as a construction engineer, and later as a valuation engineer.

By 1925, the Crumptons had completed construction of their new house in Westmount. They called their new home “Greystones” after the house’s exterior stone cladding. Margaret surrounded the house with her beautiful rose gardens. 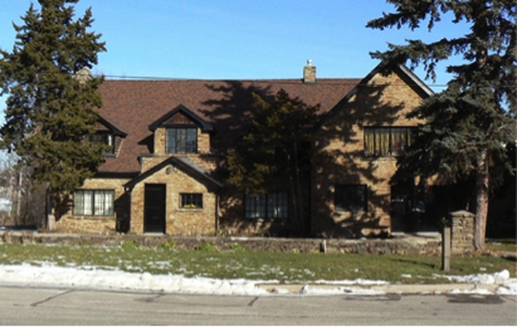 “Greystones” in 2014
Arthur must have been pleased with the view to the north that they had from their new home where he could see the CNR’s trains as they crossed the long railway trestle that spanned the Humber River valley. 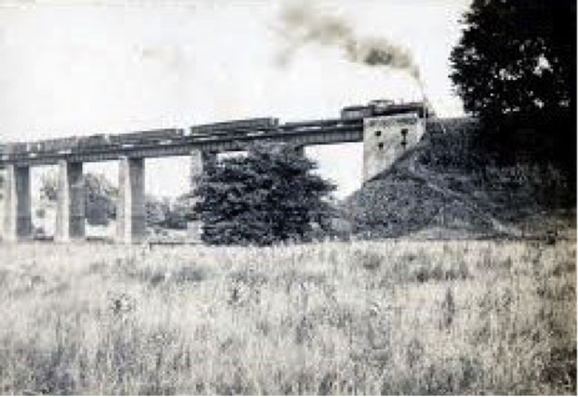 The CNR railway trestle where it crosses the Humber River Valley.
After Arthur died in 1945, Margaret sold the house to David B. Crombie who worked for MacLean-Hunter until he formed his own publishing company. Crombie held the property until it was sold in 1975 to the Unitarian Fellowship of Northwest Toronto in 1975 and was renamed “Fellowship House”.

“Greystones” was designated in 2009 for its cultural heritage value as a representative example of Tudor Revival architecture. It exhibits a high degree of craftsmanship with its medieval-inspired elements, cut stone trim, steeply-pitched gable roofs, and multi-paned Tudor-style windows.
​
Its heritage value includes its direct association with the Unitarian Fellowship that received its charter in 1960 as a fellowship of liberals with diverse beliefs dedicated to working for the greater good. Today it is one of only 46 Unitarian congregations in Canada. The openings on the west façade contain a stained-glass memorial window recognizing Ordway Lloyd, a long-time supporter of the Unitarian congregation.