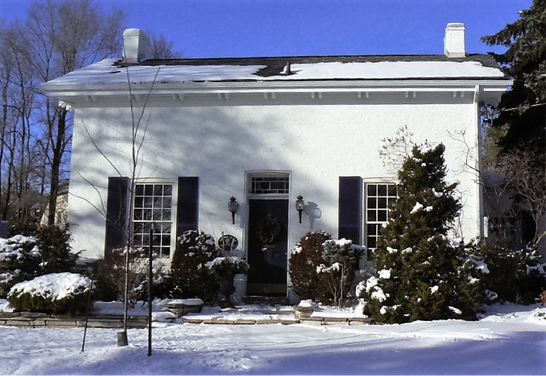 The line entered Etobicoke on a dramatic 711 foot long, 86 foot high steel bridge over the Humber River. The route then more or less paralleled the CPR to Mimico Creek. It crossed the creek on an 80 foot long steel trestle bridge south of the CPR overpass in what today is Tom Riley Park. The line then curved north to pass under the west span of the CPR overpass. After continuing about 50 feet, the route turned west (where the baseball diamond is now.) It continued past Islington Avenue to Canning (now Cordova) Avenue on a right-of-way that is now Central Park Roadway. The line proceeded on an angle along the north side of the Islington Public School property and crossed to the north side of Dundas where Cabot Court is today.

There the track continued west, behind the stores and houses along Dundas to Kipling Avenue. It crossed through the street-level six-points intersection where it vied for space with all of the other vehicles coming through from six directions. It continued west on the north side of Dundas in front of the few houses along that stretch of road. The cars crossed into Toronto Township (Mississauga) on a bridge over Etobicoke Creek, north of Dundas, and then the route then continued on to Guelph.

There are known to have been at least 18 stops across Etobicoke, with small wooden shelters for waiting passengers at Islington, Burnhamthorpe, Royal Avon, Six Points, Eaton Farm (Highway 427) and Summerville.

The Guelph line experienced ongoing problems that negatively affected its bottom line: the electricity supply was inconsistent; the route had many tight curves which slowed down the service; there was competition from main line railways; there were equipment shortages; and passengers complained the service was too infrequent.  However, its main problem was competition from the increasing presence of more convenient personal cars and local bus services.

Ridership dropped to 300 passengers per day in 1931. The company made its last run on August 15, 1931 and went into receivership. When the receiver was released in 1935, all of the rails, structures and power lines were promptly removed. Any remaining cars were scrapped.

It is still possible to see traces of the line today. Most obvious are the piers from the bridge over the Humber River, and the route from Mimico Creek to Kipling can still be walked using the description above. It is also possible to ride on a surviving piece of the actual Guelph line right-of-way in several historic rail cars that have been saved at the Halton County Railway Museum.