Today Warrendale Court is a quiet cul-de-sac southwest of the Albion Rd. and Kipling Av. intersection. But for awhile in the 1960s, most of the buildings on this street were at the very frontier of the practice of treating severely emotionally-disturbed children in a family-like setting where they were free to express their feelings openly.

Many professionals in child psychiatry were starting to believe that such an environment helped heal disturbed children who had never experienced safety, structure and close relationships at home.  Even though the “family” situation may seem artificial to an observer, the feelings of being safe and loved were real to the child and opened them to positive behaviour change.
​
This treatment centre was called Warrendale.  John Brown was the centre’s director - a social worker who had developed special techniques for working with deeply troubled children during 12 years at a centre called St. Faith’s Lodge, founded in 1923 in Newmarket. The centre, reborn as “Warrendale”, was named after the late Mrs. Warren who had been President of St. Faith’s Board for 30 years. 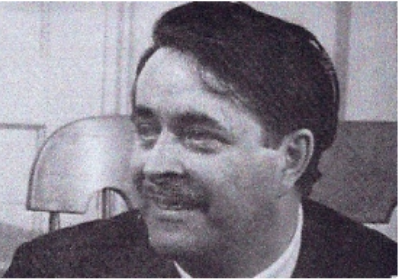 Warrendale’s Director, John Brown, in the 1960s. (Credit: Browndale website)
John Brown’s basic technique for handling a child having an emotional tantrum was “holding”: one (or more) attendants sat with the child in front of them on the floor, pinned the child’s arms and legs firmly but peaceably, and then let the child “rip”.  Complete freedom of feeling was the goal, with human restraint to keep the child from hurting themselves or others, and the physical presence of a caring “somebody else” with whom they had formed an attachment so the child knew he or she had not been abandoned.

Four buildings opened on the north side of Warrendale Court in December 1965. Each was a “home” for 10-12 children living together on the basis of family-like groups, with a mix of sexes and ages.  Each house had four therapeutic group leaders and one overnight staff person, all of whom committed to work there for a minimum of two years. Two more homes opened by mid-1966, as well as a school and an administration building.

In the spring of 1966, the CBC commissioned a now-legendary documentary called Warrendale, directed by Canadian Allan King in a cinema verité style.  King and his camera crew spent a month just getting acquainted with the children, and then five more weeks filming the children’s normal everyday activities.

Volunteers help carry household equipment into a new Warrendale group home in December, 1965. (Toronto Star)
Forty thousand feet of film were edited into a 100-minute documentary.   When the CBC saw the result, they were so shocked that some children were swearing and smoking that they refused to air the film and it was not seen on television for 30 years.  However, it was shown in Toronto theatres and shared the grand prize at the Canadian Film Festival in Montreal.  In addition, it was released to huge international acclaim, winning foreign film awards in Cannes, New York and Britain.

This film, with its raw honesty, caused great controversy within the psychiatric community, among Warrendale board members, and within the public at large.  Warrendale’s Board of Directors disliked this negative attention and discord developed between them and John Brown on how the centre should be run.  In June 1966, Brown was fired.  Warrendale’s staff, who were very supportive of Brown, agreed to continue working while the situation was sorted out.  However, on September 7, 1966, the Board unexpectedly sold Warrendale to the Ontario Government for $1.  That same day the staff walked out in support of Brown’s philosophies, hoping this would somehow force the children back into his care.  The government turned Warrendale over to nearby Thistletown Regional Centre, another provincial facility for disturbed children, and their staff had to deal with the bereft children from Warrendale with no advance preparation.

John Brown went on to establish his own private, non-profit, charitable organization of children’s camps, schools and residential homes across Canada, the United States and Europe called “Browndale”. There he was free to further develop and implement his programs for helping these deeply ill children.
​
As the staff had hoped, one year after Warrendale closed, 52 of the 57 children who had been in residence there had found their way back to a John Brown-run facility.  Many of Brown’s views and techniques were in fact soon incorporated into modern psychiatric programs for children and youths, including the implementation of group homes at Thistletown Regional Centre. 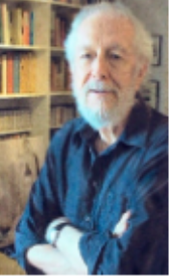 Film maker Allan King (Credit: CBC website)
Allan King passed away in 2009 at the age of 79, but his moving and ground-breaking documentary lives on today as a staple in both film schools and psychiatry training. Today, on Warrendale Court, most of Warrendale’s original buildings have survived but have been repurposed to house community service organizations such as Youth without Shelter, Addiction Rehab Toronto, and CASATTA Group Homes.
​
When John Brown passed away in 2004, the Ontario Legislature acknowledged his success with some of the most difficult cases known in the field of child psychiatry.