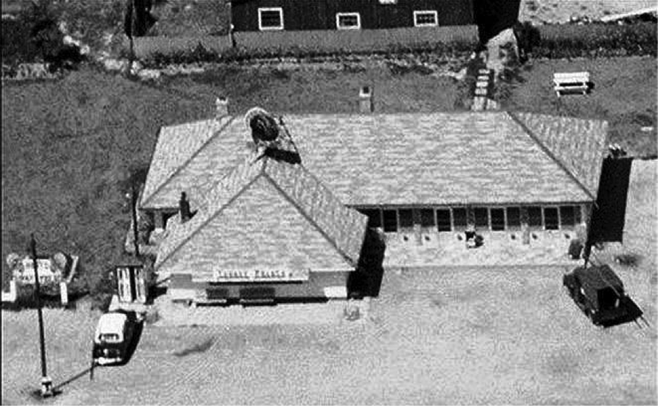 This aerial photo of the “Turkey Palace”, a restaurant that once stood on the north side of Richview Side Road (now Eglinton Avenue West), east of Highway 27, is one of the most requested old photos of Etobicoke. Around 1945, Bert Hedges bought a small farm to raise turkeys. He built this restaurant, mounted a large turkey sign on the roof, and advertised that he sold “Turkey, Anyhow.” This photo’s popularity stems from fond memories of stopping at Bert’s for turkey burgers and milkshakes after school dances. Following Bert’s death in 1965, the property was demolished to make way for a new Highway 401/427 interchange. (Courtesy: Achives of Ontario)