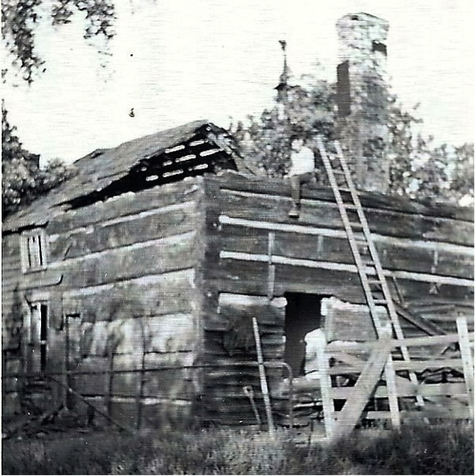 In the earliest days of Etobicoke’s settlement, a majority of first dwellings were single storey log cabins, later replaced by larger homes of frame or brick. No one knows when the last log house disappeared, but the above photo captures one of the last survivors being demolished in 1956. Joseph and Catherine Huson bought a 45 acre farm on the west side of Kipling Avenue, half a mile north of Albion Road, in 1827. Their two-storey log house was larger and sturdier than most. Its massive logs were all painstakingly squared off by hand and had dove-tailed corners. In another photo of the same demolition, a yard stick was placed to show that the dressed logs measured two feet across. Huson descendants remained on this farm until it was sold by great-grandson Archibald Huson in 1956. Their land soon became part of the Albion Grove Village subdivision. Courtesy: MONTGOMERY’S INN