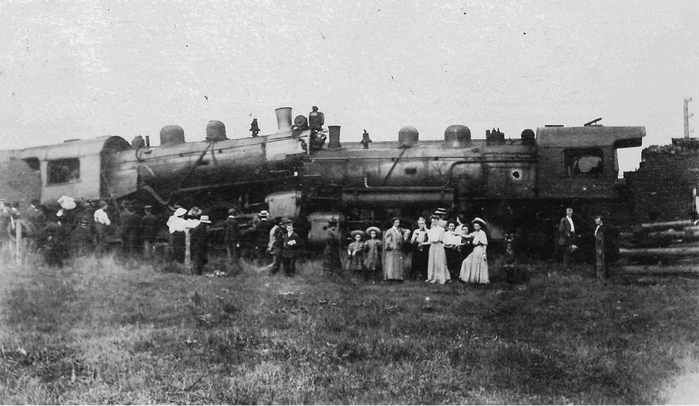 On September 26, 1908, two Canadian Pacific Railway trains crashed head-on in Islington in dense fog. The westbound train was about to pull into a siding near Canning (now Cordova) Avenue when the eastbound train collided with it. All crew members but one jumped from the moving trains to safety. Fireman James Kendall had his head down, adding coal to the fire box, and was killed instantly. A coroner’s jury found Kendall’s death to be accidental. This photo of the crash scene, complete with gawkers, was printed on a postcard – a popular way of communication in that era. On October 15, 1908, this postcard was mailed by Jessie Dunn in Islington to Alice Appleby in Lambton Mills for one cent.  Courtesy: MONTGOMERY’S INN