Farming was the Predominant Profession in the Mid-1800s 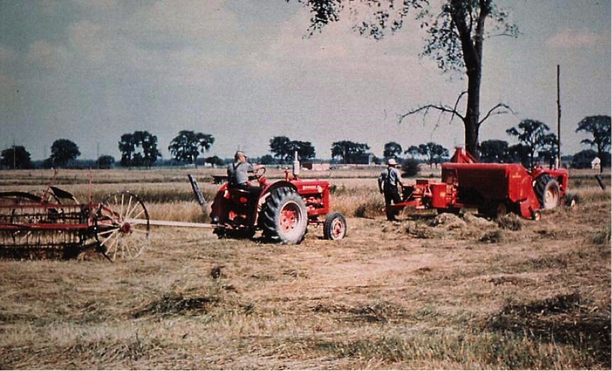 In 1848, 75% of Etobicoke’s adult males listed their occupation as farmer or farm labourer. By 1955 when this photo was taken, urbanization was taking its toll and workers on the 32 hectare Alexander J. Gracey farm on the west side of Carlingview Drive, south of Dixon Road, were busy haying. The Gracey family had owned this land since 1834 when Alexander’s great grandfather, also an Alexander, settled there. Alexander J. raised dairy cattle, and since 1932 had been hauling the milk that he and many of his neighbours produced to several downtown Toronto dairies. Expropriation claimed the last dairy farm in this area of Etobicoke in 1956. Today only one small farm exists in all of Etobicoke: 1.6 hectare Anga’s Farm at 89 Bankfield Drive in Thistletown. Courtesy: MONTGOMERY’S INN