Art Centre Was a Gift from a Local Doctor 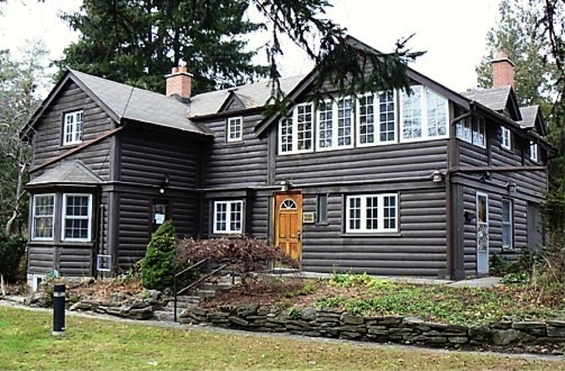 Former home of Dr. Agnes Ann Curtin at 34 Riverdale Drive in Thistletown. Now the Franklin Carmichael Art Centre. Denise Harris/PHOTO
Hidden away in Thistletown at 34 Riverdale Drive is one of Etobicoke’s best kept secrets: the Franklin Carmichael Art Centre. It was a gift to Etobicoke by Dr. Agnes Ann Curtin, a remarkable physician, women’s rights advocate, and artist.

Born in Carleton county in 1889, Curtin began her career as a teacher, then switched to nursing, and finally entered medical school at the University of Toronto where she graduated in 1920. Her private practice in Bloor West Village focused on the physical and psychological health of women, but she was also a child development expert and youth counsellor. Her success as a doctor came from her treatment of the whole person and her strong listening skills. She was much in demand as a speaker, and made presentations around the world, primarily to women’s groups.

In 1932, Curtin bought 2.5 acres (1 ha) of land in Thistletown, high above the West Humber River valley. Here she built a large, two-storey, log home she called “The Hills”. In 1933 she formed a club for local boys who helped her plant an estimated 4000 trees which give the area its woodsy appearance today. She paid the boys with her own freshly-made peanut brittle.

Curtin was also an accomplished artist, and it was her dream to turn her house into a centre for the arts in northern Etobicoke. One of Curtin’s patients was Ada Carmichael, the widow of Group of Seven artist, Franklin Carmichael. In 1952, after Curtin retired, she formed an art group in her home and asked Ada’s permission to name the group after her husband.  Ada not only consented, but also donated some of her late husband’s works as prizes.

In 1959, Curtin established an annual community fair on her property to aid several local organizations, including the Thistletown YMCA. That same year, she also deeded her home to the Township of Etobicoke on the condition that it continue as an art centre after her death.

In 1971, Curtin built the “Garden Gallery” behind her house, at the top of the hill. Art shows have been held there regularly ever since. In 1974, she was inducted into the Etobicoke Hall of Fame, and her photo is still on display in the Etobicoke Civic Centre.

When Curtin passed away in 1977 at the age of 88, her ashes were buried beneath a stone, under her favourite walnut tree, just east of the entrance walkway. A plaque donated by the Borough of Etobicoke reads, “She was our benefactor, our counsellor and friend.”

​Today the Franklin Carmichael Art Group is a registered charity and the property is listed on City of Toronto’s Heritage Register. Membership continues to grow and the number of classes has expanded from a single class to as many as fifteen per week, for both children and adults - all thanks to Dr. Curtin’s generous gift.